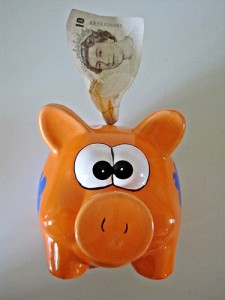 Nowadays, it’s not uncommon to hear about families that are tightening their budget in order to afford a new major purchase. â€œWe are sticking to a strict budget in order to afford the house,â€ they say. â€œThat way, we can afford the move!â€
What a disaster those statements can be!
Whenever I hear someone talking about sticking to a strict budget in order to afford a new house or car, I have to roll my eyes. Most of the time, people who say that they are going to try to stick to a strict budget are just practicing the fine art of wishful thinking. Budgets can work, but not the typical â€œstrict budgetsâ€ that I have overheard people talking about since the Great Recession started.
The reason that I say that strict budgets don’t normally work is because the people who create them are usually not taking all their monthly costs into consideration. Or, if they are, they are not making reasonable demands of themselves. They may say that they are going to cut their weekly food budget by $75, but the fact is that if they are spending $110 a week, that’s a very stiff order. Yet somehow, they expect themselves to abide by the ridiculous rules that they placed on themselves.
Worse still, a single tragedy can completely dissolve a family’s ability to stay on a strict budget. A single car accident, a single illness, or even a pet death can put a family who has to stay on a strict budget underwater. And, according to Murphy’s Law, chances are that something will go wrong in their lives. Do you really want to have to deal with that kind of gamble? Chances are that you probably don’t want to, if you care about your family’s well-being.
Most of the time, this kind of fallacious planning is done by people who have to â€œkeep up with the Jonesesâ€ even when they are not capable of doing so. This is the most toxic way of living, financially speaking. If you are employed and don’t have to buy that expensive car/house/doodad, then don’t do it. Instead of trying to look rich, put your money in a savings account, or into some blue chip stocks. That way, you will be able to afford even more than what you can right now, in the not-so-distant future.
Previous Post: « Why You Need to Invest in a 401K
Next Post: Best Articles of the Week 6-3-12 »